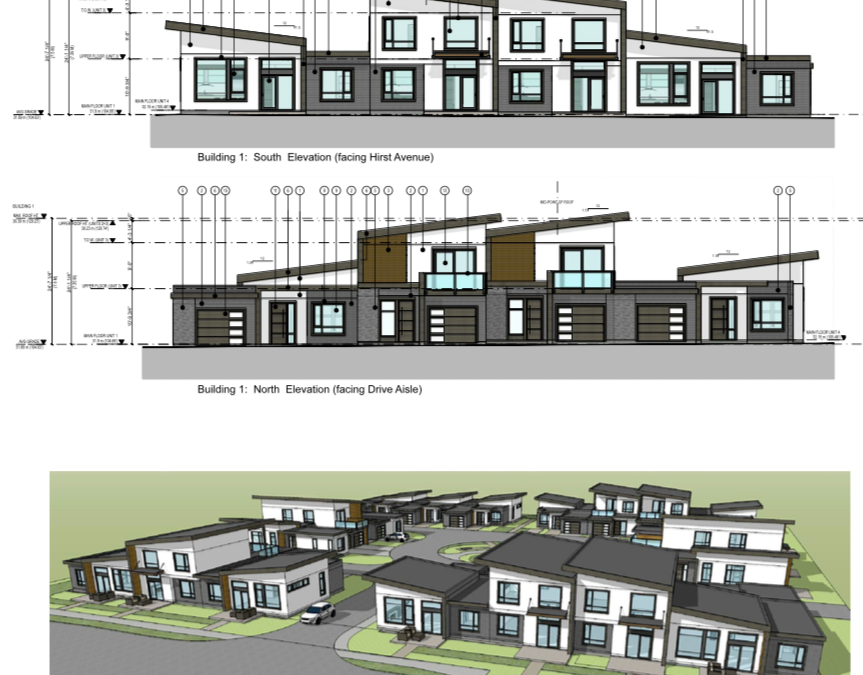 A Development Permit was authorized at the May 6, 2019 City of Parksville Council Meeting. Under 3 months from application to Permit thanks to a collaborative approach!

This project is a good example of the scope of services that we provide here at MacDonald Gray.

We started in 2015 by meeting with neighbouring residents and City Staff to determine what type of development would be well received at rezoning. The property had previously had two unsuccessful attempts to rezone from single family to multifamily housing and the property owners were hesitant to take another chance.

We prepared a Site Plan and assembled a strong consulting team acting as Agent on behalf of the property owners to facilitate the Zoning Amendment Application submitted in April 2016.

A Public Information Meeting was hosted in February 2017 after Council granted 1st Bylaw Reading to follow up with neighbourhood resident and the community at large.

The Bylaw was adopted in August of 2018, once we had coordinated the offsite works servicing agreement and amenity contributions.

The property was sold to a new owner in 2018, who asked us to coordinate the Development Permit Application submission. The buildings were updated to a more contemporary form, but the site plan remains essentially the same.